What is Geothermal Energy?

Geothermal energy is generated by the continual decay of naturally occurring radioactive minerals in the Earth’s core in the form of heat. This heat warms both the rocks and fluids in the Earth’s crust that can be accessed from the surface. Geothermal heat has been exploited in the UK from at least as early as Roman Britain, in the form of naturally occurring hot springs around which spa towns were built. Today, modern drilling technology allows for heat to be extracted from much greater depths (>5km) and at greater temperatures, using a variety of methods. Geothermal resources can provide energy in the form of electricity (steam), heat, and/or hot water, that can be utilised in industrial, agricultural, commercial, or domestic settings. Electricity can be fed into the National Grid and heat can be distributed via district heating networks or via pipework to local agricultural or industrial users.

Heat accounts for approximately 40% of the UK’s energy demand and around a third of emissions. The decarbonisation of heat in the UK is a task that has been recognised in the Prime Minister’s Ten Point Plan for reaching Paris Climate Agreement targets by 2050, specifically in relation to the decarbonising of heating homes and buildings. Hydrogen has been identified as one of the potential solutions; in the case of blue hydrogen, coupled with carbon capture and storage (CCS).  Another is geothermal energy, which can provide a source of unlimited low-carbon heat, with constant availability regardless of the weather or time of day. This sets it apart from intermittent renewables such as wind and solar and has the potential to form an important source of low carbon baseload energy to help the UK on its pathway to Net Zero.

(published December 2020), reinforces the argument for decarbonising heat but fails to properly address any plan to support Deep Geothermal energy (extracted from depths >500m). The Association for Renewable Energy and Clean Technology (REA), in collaboration with Arup, recently (May 2021) published their report

The report recognises the environmental importance and economic benefits of Deep Geothermal as part of the Energy Transition and acknowledges the considerable heat resource that is available. The UK lags considerably behind other European nations that have well established geothermal industries. The report forms part of a campaign to gain support from the UK Government, and for them to provide incentives for Deep Geothermal. The report also highlights the considerable number of onshore UK oil and gas wells that are coming to the end of their economic life. The conversion or repurposing of these wells to geothermal provides an opportunity to kick-start new geothermal energy development. The British Geological Survey (BGS) has spent considerable time researching Deep Geothermal energy in the UK, they have also provided briefing statements to the Government with the aim of lobbying to provide a policy framework that supports growth of the sector in the UK.

Egdon has undertaken desktop screening studies to assess its existing well stock and well sites. Several sites have been identified as potential candidates for geothermal repurposing, in particular the Dukes Wood and Kirklington wells in the East Midlands. The sites are both located in an area that has long been known as having a localised geothermal anomaly (higher than average heat flow at shallower depth than expected). Analysis of temperature data from the Dukes Wood-1 and Kirklington-3z wells (and legacy data from other nearby wells) suggests that there is enough of a heat resource to warrant further investigation.

Green Jobs and the Transfer of Oil & Gas Knowledge and Skills

Establishing a deep geothermal industry in the country has the potential to create thousands of new green jobs (Point 1 of the PM’s Ten Point Plan), as well as aiding the transition of skills and technology developed in the oil and gas industry to an emerging UK renewables sector. Egdon has years of experience drilling and operating oil and gas wells, with expert knowledge of UK geology, all essential for the identification/exploration and development of deep geothermal energy resources.

Egdon has undertaken desktop screening studies to assess its existing well stock and well sites. Several sites have been identified as potential candidates for geothermal repurposing, in particular the Dukes Wood and Kirklington wells in the East Midlands. The sites are both located in an area that has long been known as having a localised geothermal anomaly (higher than average heat flow at shallower depth than expected). Analysis of temperature data from the Dukes Wood-1 and Kirklington-3z wells (and legacy data from other nearby wells) suggests that there is enough of a heat resource to warrant further investigation. 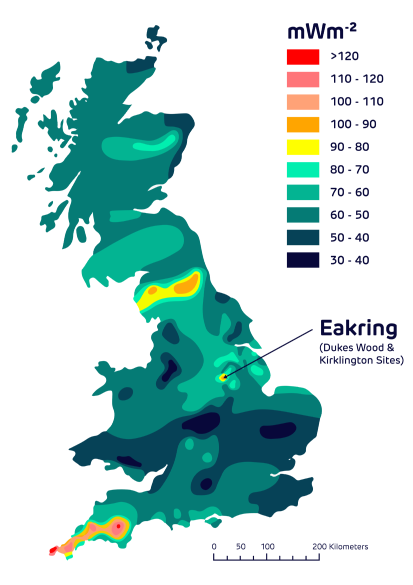 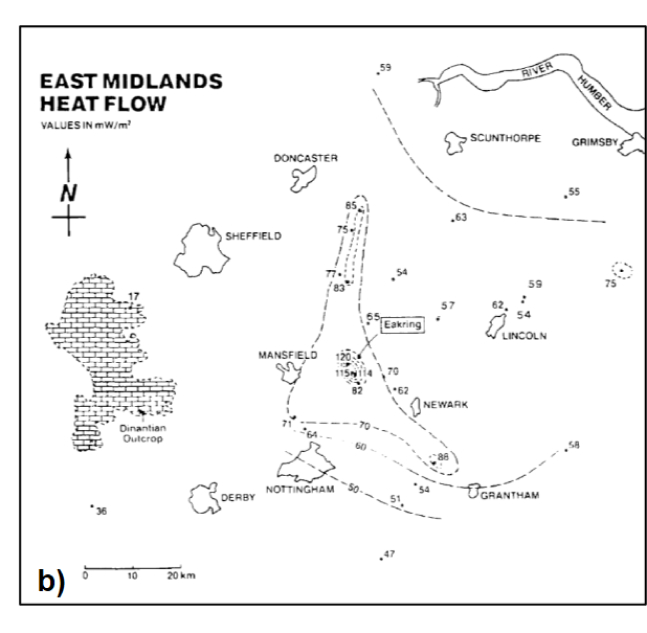 In April, Egdon announced a Memorandum of Understanding had been entered with Creative Geothermal Solutions Ltd (CGS). CGS will provide well engineering expertise to support Egdon’s geoscience knowledge to explore innovative engineering solutions to repurpose the existing oil wells for geothermal. The aim is to isolate the well bore from the productive oil zones to decommission the Dukes Wood and Kirklington fields, before recompleting the well to test the geothermal potential.

Both wells in question aim to be repurposed and operated as low enthalpy single-well closed loop geothermal installations (also known as Deep Borehole Heat Exchangers). No abstraction or injection of fluid from or into the aquifer (surrounding formations) will occur. Egdon and CGS are looking at options for commercial uses for the heat from the existing well sites, with potential for space heating or enhanced agriculture use. 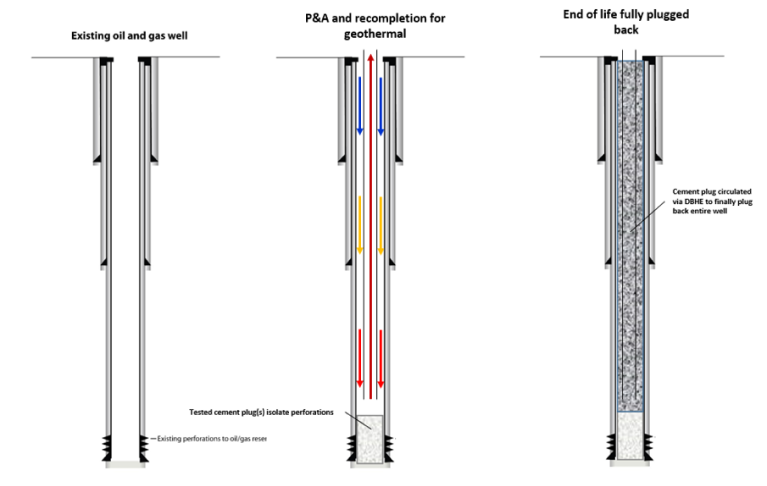 Schematic completion diagram for the life-cycle of an oil and gas well repurposed for geothermal.

At the end of the project life the wells would be plugged and the sites restored to their previous condition. Subject to further planning and other consents, Egdon and CGS may wish to retain one, or both, of the sites for a new Deep Geothermal well to target higher temperatures at greater depths.