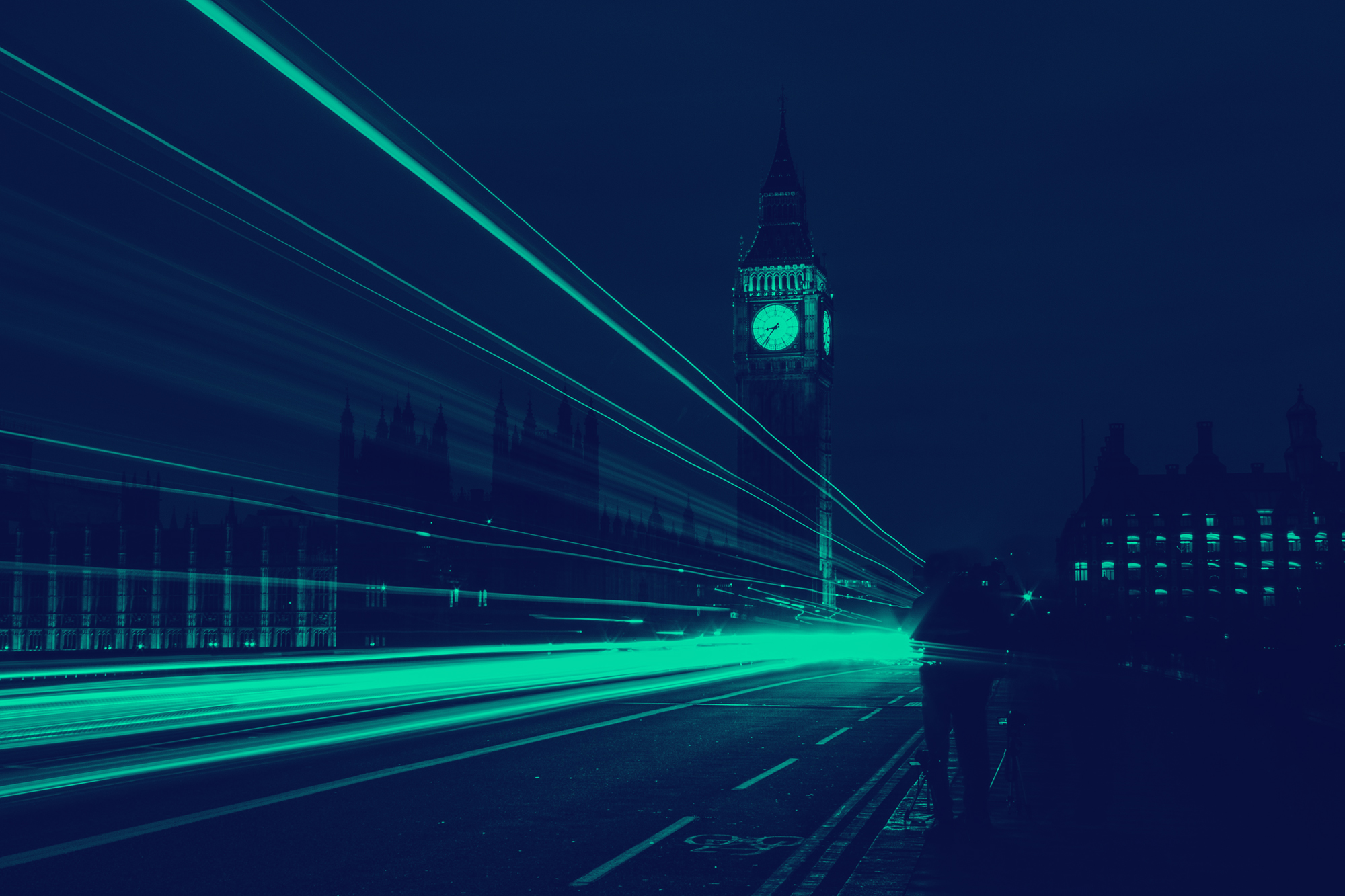 The original notice of the AGM was sent to Shareholders on 17 November 2022. Since then the RMT union has announced a series of 48-hour rail strikes for 13-14 and 16-17 December and 6-7January 2023. The AGM has to be held before the end of January 2023 and your Board believes that it is in the best interests of all stakeholders that this flexibility should be used to postpone the AGM to a date which is, at least at the moment, not scheduled to be affected by any such strike action.

A detailed notice for the postponement and rescheduled AGM, along with a revised Form of Proxy is being sent to members and these documents will be available on the Company’s website at www.egdon-resources.com.

Save for the new date for holding the AGM, the date when the Register of Members will close and the date by which proxies need to be lodged, all details of the earlier notice of 17 November 2022 remain unchanged.

Proxies already submitted will remain valid for the new date of the AGM unless superseded by a new proxy.

The Board regrets any inconvenience caused.

Egdon Resources plc is pleased to announce that its 2022 Annual Report and Accounts and AGM Documentation are now available on its website at www.egdon-resources.com.To access the documents, select Shareholder under the Investors dropdown list or alternatively, use the following link at www.egdon-resources.com/investors-2/shareholder-communication.

Wressle production has significantly exceeded forecast expectations with average gross production during the period of 656 barrels of oil per day (“bopd”) at rates constrained by the EA Permit limits for gas disposal and with zero water production to date.

The Ceres gas field is providing a late life renaissance due to the high gas price and low operating costs.

Following the refusal of planning permission in November 2021 for the drilling of aside-track well, testing and long-term production at the Biscathorpe project, an appeal was submitted in April 2022.

On 8 March 2022 a revised incentive package was put in place for all employees through the issue of new share options and the cancellation of all historical share options.

On 14 March 2022, planning permission was refused to extend the existing consents to drill the North Kelsey-1 exploration well and an appeal was submitted in April 2022.

On 5 April 2022, the Government announced that it had commissioned the British Geological Survey to advise on the latest scientific evidence around shale-gas extraction.  Report delivered to BEIS on5 July 2022.

During April 2022, Shell advised Egdon of its intention to withdraw from licencesP1929 and P2304, containing the Resolution and Endeavour gas discoveries. Egdon applied to the NSTA for an extension of time to complete the 3D seismic programme.

Egdon has assumed the operatorship of PEDL343, increased its equity to 40% and agreed an extension to 20 March 2024. PEDL343 contains the Cloughton gas discovery.

LicencesPEDL202 and PEDL130 were relinquished during the period.

Oil and gas revenues increased by over 530% during the period to £6.91 million (2021: £1.09 million) as a result of significantly increased production and strengthening commodity prices.

The Company has no borrowings following the repayment of a£1 million loan during May 2022.

On 8 August 2022 the North Kelsey Planning appeal documentation was submitted.

On 8 September 2022 the Government announced the lifting of the moratorium on hydraulic fracturing for shale-gas.

Egdon was advised in October 2022 that the NSTA had consented to Egdon’s request for a twelve-month extension to the P1929 licence obligation to acquire the 3D seismic. Egdon will now engage with the NSTA to confirm the detailed expectation in relation to this and subsequent timelines. Should the 3D survey not be acquired by April 2023, P1929 will determine in May 2023. Licence P2304 will be relinquished.

A hearing was held on 11 October 2022 in relation to the Biscathorpe planning appeal and we now await the Planning Inspector’s decision.

On 27 October 2022 the Government reintroduced the moratorium on hydraulic fracturing for shale-gas.

Coincident with the release of its Preliminary Results, the Company has updated its corporate identity and released a new website (https://www.egdon-resources.com/).

Post-period-end production and revenues have continued to be strong with unaudited August to October 2022 revenues of £2.07million.

The key operational focus for the coming period will be:

Maintaining and enhancing the strong production performance at Wressle whilst progressing both the gas monetisation and Penistone Flags development as priorities.

To add reserves, production and revenues through the drill-bit in both our exploration and development/re-development projects.

The Company will host a live audiocast of the Results Presentation via the Investor Meet Company at 10:00am on 8 November. Investors can sign up to Investor Meet Company for free and add to meet EGDON RESOURCESPLC via: https://www.investormeetcompany.com/egdon-resources-plc/register-investor

“Egdon has been transformed over the past year through growing revenues and with a significantly improved outlook and operating environment.

The highlight has been the outstanding performance of the Wressle oil field which along with production from our existing fields and high oil and gas prices has resulted in a strong financial performance.

Despite the reintroduction of the moratorium on shale-gas by the Sunak led government, we will continue to make the case for the strategic importance that shale-gas could make to the UK’s economy and security of supply.

In accordance with the Financial Conduct Authority's Disclosure Guidance and Transparency Rules, at 31 October 2022 the total number of Ordinary shares of 1p of the Company in issue is 543,683,031.The above figure may be used by shareholders as the denominator for the calculations by which they will determine if they are required to notify their interest in, or a change to their interest in the Company, under the Disclosure Guidance and Transparency Rules.The Company does not hold any shares in Treasury.

Government Reintroduction of the Moratorium on Shale Gas Extraction

The directors of Egdon Resources plc (AIM:EDR), a UK focused energy company, note yesterdays Written Ministerial Statement (WMS) from the Rt Hon Grant Schapps MP, Secretary of State for theDepartment of Business, Energy and Industrial Strategy, in which he reintroduced the moratorium on hydraulic fracturing for shale-gas.Commenting, Mark Abbott, Managing Director of Egdon Resources plc, said:“This is a highly disappointing and illogical move by the Government, just a few weeks after lifting the moratorium and at a time of an ongoing energy supply and cost crisis. The decision prevents the immediate development of a safe and secure indigenous source of gas and if maintained, locks the UK into long term reliance on more carbon intensive LNG imported from Qatar, the shale-gas fields of the USA and elsewhere.We will continue to make the scientific and commercial case that shale-gas should be part of the long-term solution to the UK’s energy needs and that this can be done in a safe and environmentally sustainable manner whilst delivering material economic and geopolitical benefits for the UK.Our shareholders can take some comfort from the fact that throughout this chaotic period of government, Egdon’s core conventional oil and gas business has continued to generate strong revenues and cash flow and that the fundamentals of the business remain strong.”

Notice of Results and Investor Presentation

In accordance with the Financial Conduct Authority's Disclosure Guidance and Transparency Rules, at 30 September 2022 the total number of Ordinary shares of 1p of the Company in issue is 543,318,656.The above figure may be used by shareholders as the denominator for the calculations by which they will determine if they are required to notify their interest in, or a change to their interest in the Company, under the Disclosure Guidance and Transparency Rules.The Company does not hold any shares in Treasury.

Thank you! Your submission has been received!
Oops! Something went wrong while submitting the form.